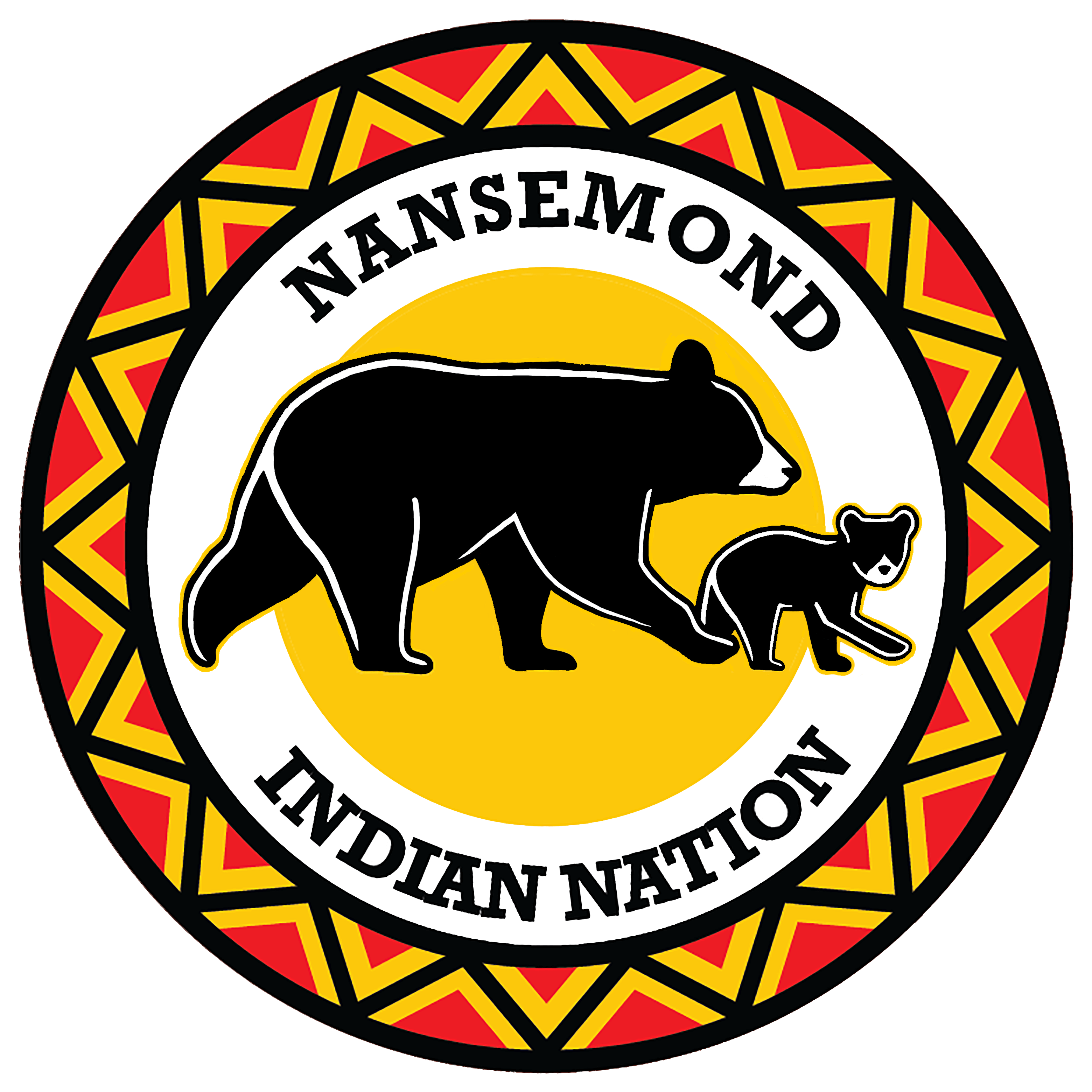 We, the Nansemond, are the indigenous people of the Nansemond River, a 20-mile long tributary of the James River in Virginia. Our tribe was part of the Tsenacomoco (or Powhatan paramount chiefdom) which was a coalition of approximately 30 Algonquian Indian tribes distributed throughout the northern, southern, and western lands surrounding the Chesapeake Bay.

Our people lived in settlements on both sides of the Nansemond River where we fished (with the name “Nansemond” meaning “fishing point“), harvested oysters, hunted, and farmed in fertile soil. 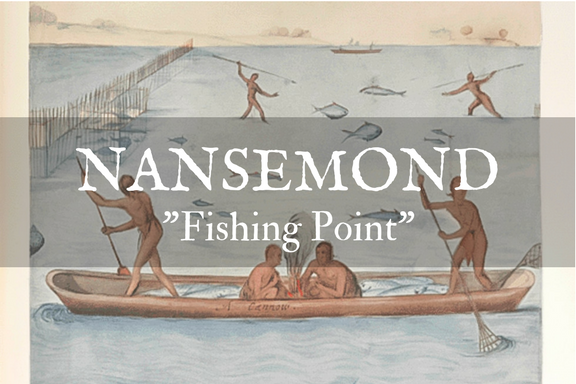 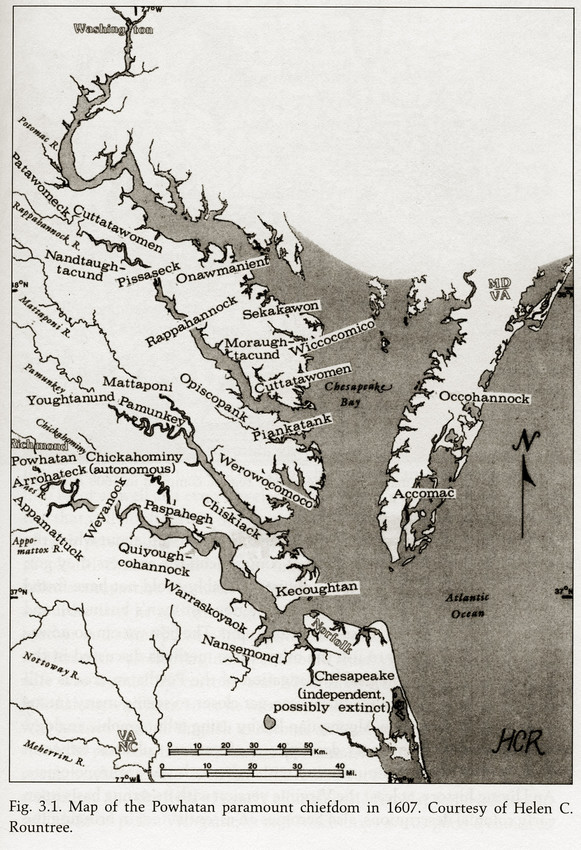 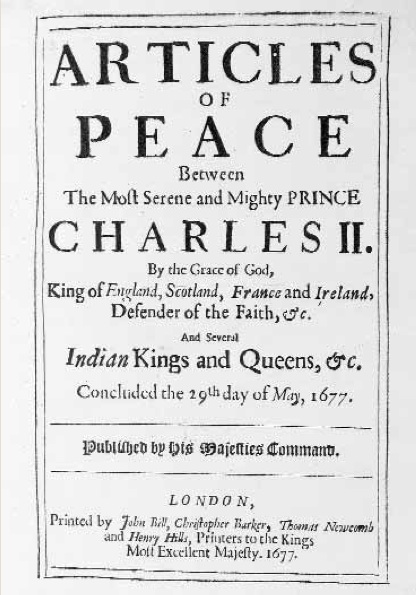 The Nansemond were signatories to the Treaty of 1677 with the King of England which granted reservation land to tributary tribes.

When the English arrived in Powhatan territory in the early 1600s, several decades of violent conflict ensued with the Anglo-Powhatan Wars lasting from 1610 to 1646. In this period of time the English displaced the Nansemond from our ancestral land around the Nansemond River into surrounding areas. Members of the Nansemond tribal community reacted differently to the upheaval which caused a schism in the tribe. Some families assimilated to an English lifestyle while others adhered to a traditional lifestyle.

In 1638 John Bass, an English minister, married Elizabeth, the daughter of a Nansemond chief, in a union that would mark the beginning of a small segment of our tribe’s migration from the Nansemond River toward the northern border of the Great Dismal Swamp. Concurrently, other segments of our tribe were aligning with neighboring tribes to resist assimilation. Nansemond people were documented living among the Meherrin and the Nottoway in the 1600s and 1700s.

The political differences among Nansemond people did not mean they no longer lived as family or kin. People of Indian ancestry suffered social and legal scrutiny throughout Virginia and over time many Nansemond families moved away from Norfolk County, VA, into counties further west and across the state line into North Carolina.

The Nansemond Indian community that remained in Norfolk County, VA was frequently documented by the local government. In 1797, Norfolk County, VA issued a certificate stating that William Bass was of Indian and English descent. As political pressure increased in the lead up to the Civil War, a number of oppressive laws against people of African ancestry also affected people of Indian ancestry.

As a result, in 1833 Virginia legislator John Murdaugh developed legislation to provide certificates to “people of mixed blood, who are not negroes or mulattoes” as protection from the increasing restrictions against people of African ancestry. A number of Nansemond Indian families received these certificates; however, they were specific to this region of Virginia (meaning that Nansemond Indian families that fled the area could not acquire them).

The Indiana Methodist Church was established around 1850 for the small Nansemond Indian community in Norfolk County, VA. It was built on land that was owned by the Bass family, and the same location was used for the establishment of a public Indian school for Nansemond Indian children in the 1890s. 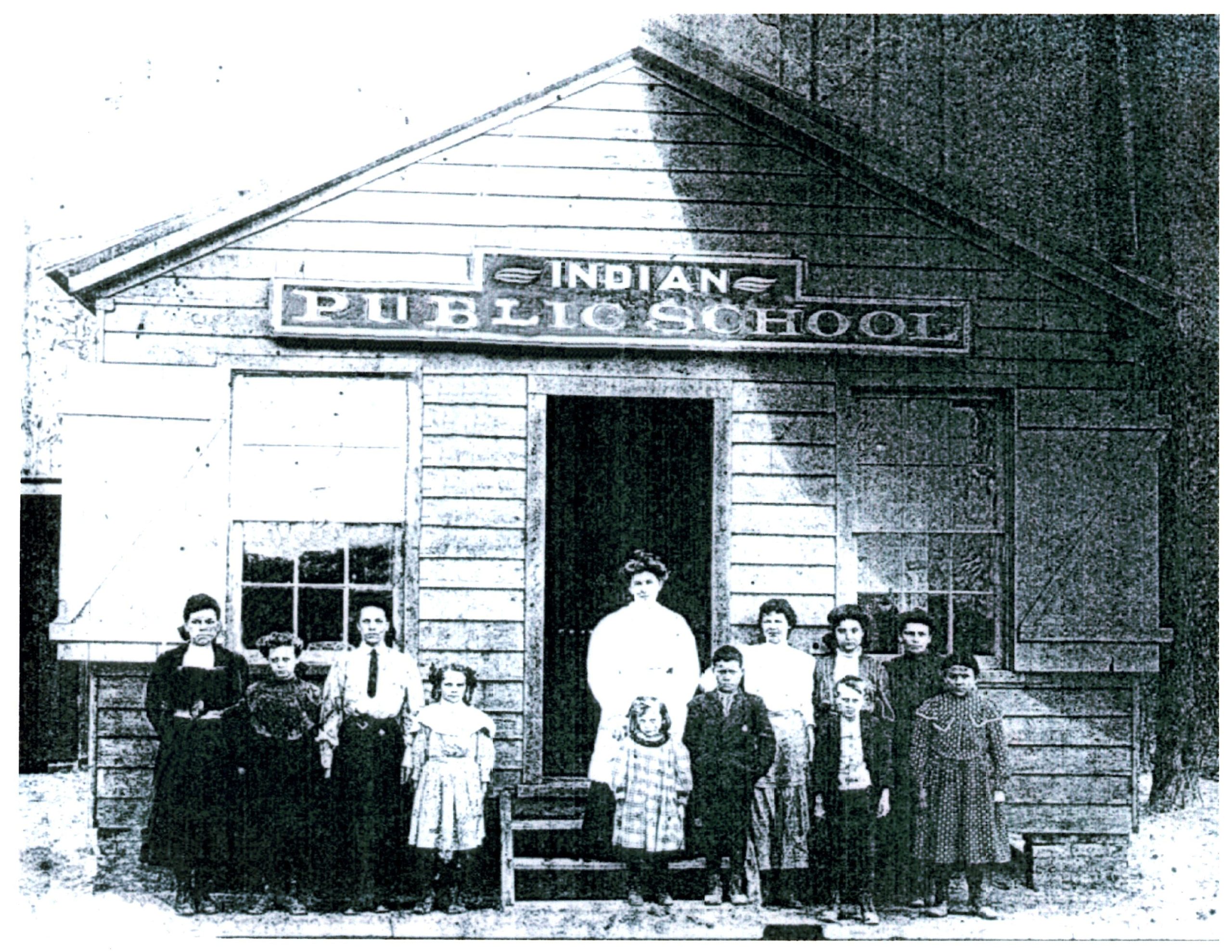 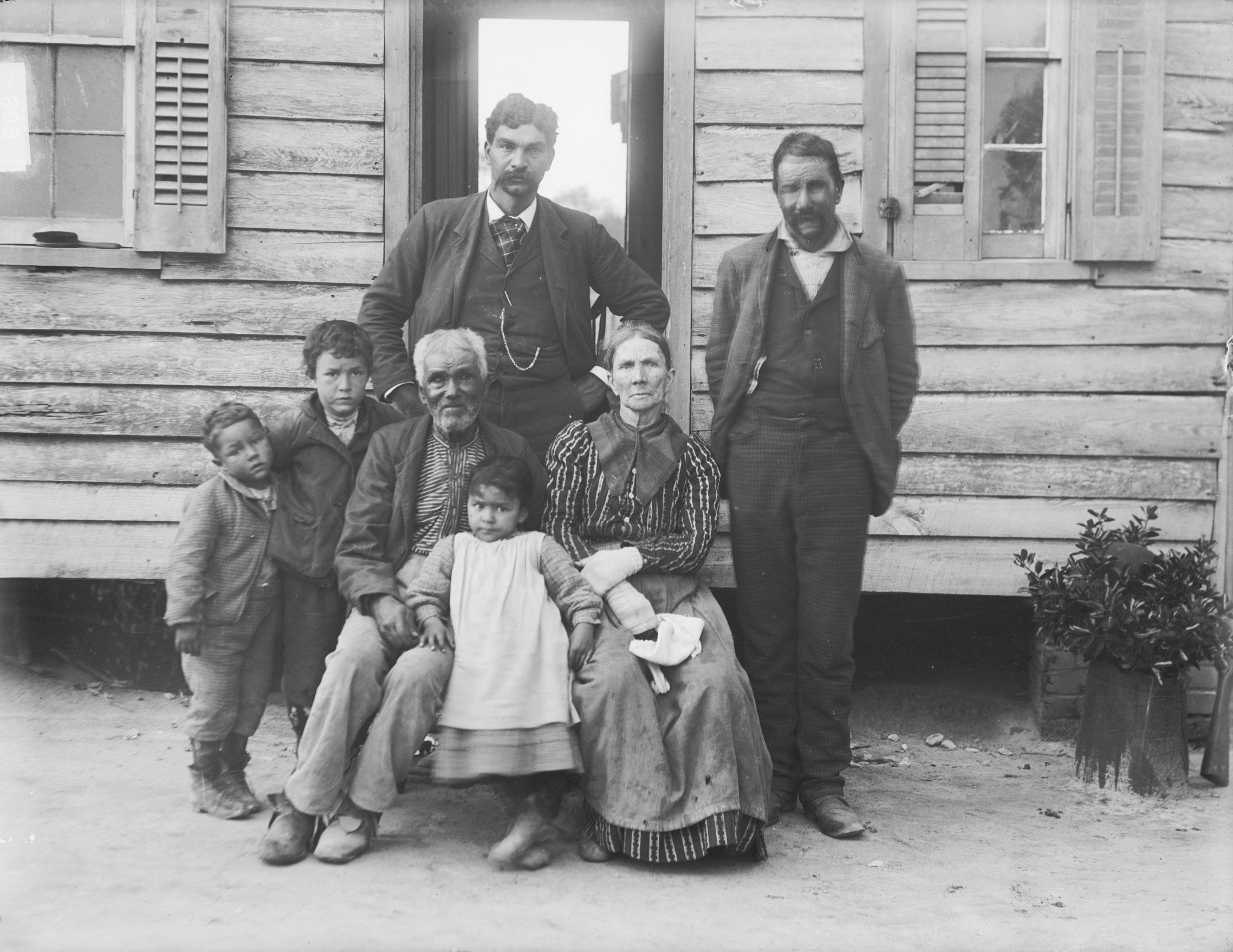 The Advent of Anthropology

Our tribe formally organized with elected officers in 1984 and later applied for and received Virginia state recognition in 1985. After more than 30 years of effort as the Nansemond Indian Tribal Association, our tribe (along with 5 other tribes from the original Powhatan paramount chiefdom) was granted federal recognition. In honor of this turning point we have returned to the name used by our ancestors—the Nansemond Indian Nation.

Please continue to visit our page for more articles about Nansemond history across the centuries and new developments.